Polar-ization: Leaving Footprints in the Snow Stopping By Woods on a Snowy Evening

Whose woods these are I think I know.
His house is in the village though;
He will not see me stopping here
To watch his woods fill up with snow.
Thick white flakes swirl from the sky. I turn up my collar against the wind, a wind cold enough to make even the most ardent environmentalist question if the earth is really getting warmer.

Who do we believe – those who tell us that linking human activity to global climate change is a big conspiracy that will allow government to tax us into penury while paving the way for an environmental policy-driven one world government domination, or those who tell us it is a big conspiracy aimed at discrediting science and allowing the oil and gas industry to continue with business as usual?

A plethora of well-constructed and conflicting arguments, ads and editorials are available at a click of our fingertips. And this week, as world leaders make up their minds in Copenhagen, we may be tempted to take up speed reading in order to make up ours and find the definitive truth about this issue. Or if we think we have found it, we may want the other side to just shut up because after all, this is supposed to be a season of holiday joy and instead we are shivering on dark and dripping street corners holding placards announcing that the earth is getting warmer, or we are cursing the herd mentality of the greens who have no apparent understanding of how their civil liberties and right to material prosperity are about to be crushed by climate change policy.

Any way you look at it, it is enough to sour your eggnog, more “us and them” and “left vs. wrong” (or is that “right vs. wrong”?) - more polarization than there are polar bears in the North Pole.

My little horse must think it queer
To stop without a farmhouse near
Between the woods and frozen lake
The darkest evening of the year.

Stop. Take a breath. Open the door and take another. Fill your lungs with the fresh, moist gift of a west coast snowfall. The head is full of facts; the ego of beliefs. It is from the body that wisdom speaks.

Still, we are body and mind, heart and spirit and to be in balance we must decide which facts we will allow to feed or shape our beliefs. So who do we listen to? How can we distinguish one expert from another?James Hoggan, a lawyer by training and the founder of one of Canada`s most successful public relations firms, says two simple questions suffice: What are their credentials? And who is funding their research?

But how can we distinguish accurate scientific research from pseudo science? What exactly is Science, the grade 11 chemistry drop-out asks conservation oceanographer Jeff Ardron. Anyone can write a book, says Ardron– a book is not peer reviewed so a book is not science. But a peer reviewed paper published in a scientific journal is. Science, he says, is when you publish your results and these results can be reproduced by others. So scour the scientific journals, suggests Ardron, and see how many peer reviewed and published papers you find that refute and how many you find that support global climate change. It all boils down to trust, says Ardron. No one person can research every detail and at some point you need to trust that the majority of scientists out there are right.

Science provides us with facts in hopes we will act on them and if we were purely rational beings we might. But our complex and often rigid, doubting selves get in the way.

He gives his harness bells a shake
To ask if there is some mistake.
The only other sound's the sweep
Of easy wind and downy flake. 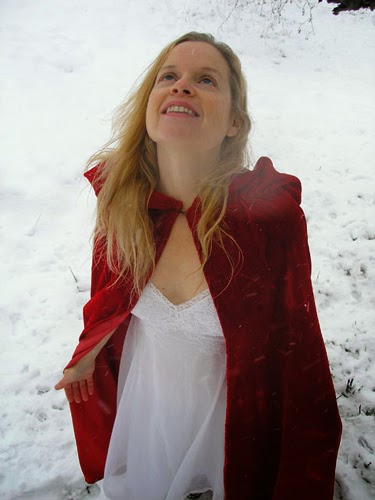 Last August, Dr. Robert Gifford, a professor of environmental psychology at the University of Victoria in British Columbia, presented the results of an American Psychological Association task force on attitudes towards global warming. Gifford and the other participating social scientists concluded that while 57% of Americans (down from 78% in April of 2008 according to polls conducted by the Pew Research Center) do perceive global warming as a problem, numerous psychological barriers prevent people from taking action on the issue. These barriers include uncertainty, mistrust, denial, undervaluing the risks, a sense of powerlessness, and habit. Ingrained behaviors, states the task force, are extremely resistant to permanent change while others change slowly. Habit, says the report, is the most important obstacle to pro-environment behavior.

If the myriad of scientific papers Jeff Ardron suggested I leaf through are correct and human caused global climate change is real, my personal habits that most contribute to it are driving my car, heating with wood and taking long flights, usually to play music in far away places. If I were to end these habits tomorrow I would be 1) a mud splattered cyclist on an island with steep hills, erratic driving and limited bike paths 2) Poor, as sporadic, limited or non-existent public transit could not get me to most of my outside commitments including my infrequent, ill or non-paying local performances and 3) Grumpy, as my electric baseboard heaters are expensive to run, smell funny, and don't fill the house with the same soothing, enveloping quality of heat that wood does.

What would motivate me to change these habits? Not guilt, not fear, not debate about whether or not I should change, but viable, appealing and affordable alternatives. The pressing need for these alternatives offers an amazing opportunity for scientists and visionaries, geeks and capitalists to join forces and to pour money and creativity into developing and making readily available new options – non-fossil fuel reliant forms of transit, soul satisfying and renewable sources of heat and power, and local economies that provide a livelihood and a sense of being valued. It is likely that these developments, with their emphasis on cooperation and community, would heighten awareness of both our global interconnectedness and our regional responsibilities thus helping to alleviate some of the existential issues of our age - alienation, chronic overwhelm, dogmatism and despair.

And so here we stand at the end of the first decade of the 21st century, unable to reach consensus about an issue that might threaten the very fabric of our existence, deeply entrenched in both the personal habits that bring us comfort and ease and our habit of seeing the “other” as a nuisance, a threat, or an out and out nutcase. It is easy now to divide the world into two camps - those who believe that human activity affects the planet and those who do not - throwing up our arms in anger or frustration or taking up arms because we see no other way to have it our way. Can the cultural creatives find common ground with the evangelicals? Can the industrialists see the value of those who believe we must consume less and simplify our lives? Is this deep chasm simply a manifestation of too much conflicting information, too much misinformation and not enough emphasis on the still quiet center of creation, the heartbeat, the life song of this precious planet that weaves us into one?

Those who can hear her humming beneath the chaos and the noise, who can sense the earth's dance in a furious flurry of flakes – can we also see the beauty in those we do not like? The journey before us is about inner transformation as much as it is about outer change. Every act of compassion, faith, ingenuity and courage takes us one step further on our course; every step leaving a footprint in the snow. 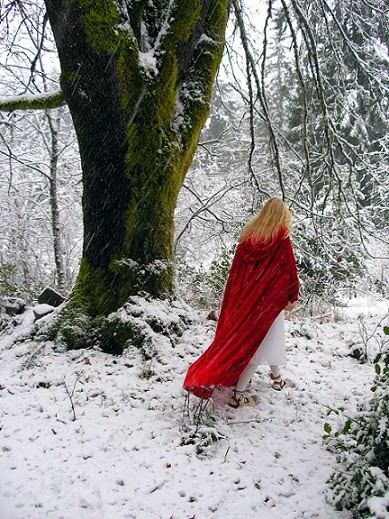 With thanks to Briony, Dave, Victor, Jeff and Bill.
Posted by Unknown at 11:37 PM

Listen to Honey and Holy Water